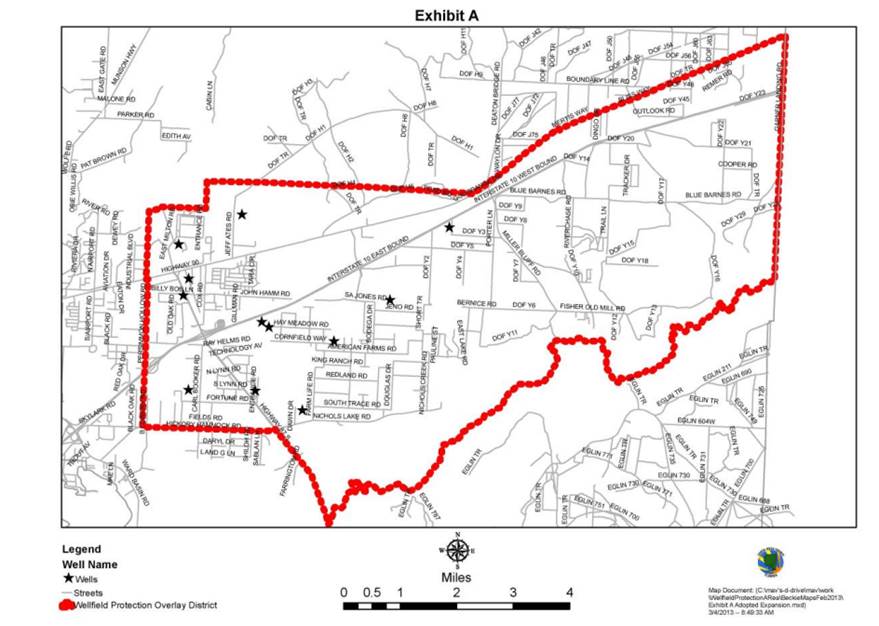 In 2001, all of the South Santa Rosa County drinking water wells were permitted by the Northwest Florida Water Management District. The location of those wells is determined by hydrology and data, not surface uses. The protections of the WPA followed and have been in place for nearly a decade. Existing borrow pit owners within the WPA have been allowed to operate; the prohibition applies ONLY to expansion of those borrow pits.
The RIGHTS of South Santa Rosa County citizens were well established. To stop possible contamination from expanding borrow pits, the WPA was established in 2012 to protect the well sites and was based upon an extensive government funded study supporting the protections. It seems that one pit owner who purchased property subject to the WPA now wants the Wellfield Protection Area gone so he can expand his digging. Bob Cole says it’s a private property right – he is correct – the County’s own maps prove whose private property rights came first—YOURS.