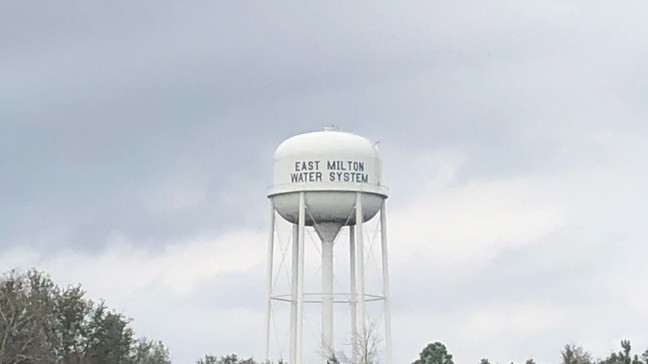 County commissioners approved changing wording on an ordinance that would allow 27 existing pits to expand. But because these pits are in a designated well field area, which supplies water to about 100,000 people in east Milton and south Santa Rosa County, some worry the change could impact their water supply.

“In this sub-section of the sand and gravel aquifer we have a quicker rate of water through the soil, so we are a little more sensitive to how wide a capture zone for a particular well is,” said resident Kyle Holley. “When you’re developing land use regulations, you need some solid boundaries.”

The pits are currently being filled with vegetative debris. But, some residents also fear loosening the rules is just the first of what they believe are more threats to the water supply, such as filling the pits with something else.

Commissioners who approved the change insist, their decision won’t change what will be allowed to go inside the pits.

Commissioner Cole says the initial ordinance to protect against expansion was intended to prevent the areas from becoming garbage dumps, but not to restrict land owner rights.

Concerned citizens who use the two water systems that could be impacted — Fairpoint Regional Utility System and East Milton Water System — hope more discussions will happen and a compromise can be made.

“We’re talking about property rights, we have to also talk about water rights,” said Holley. “The water rights of 100,000 people. How does that balance against property rights of a few? But, there really is a chance for excellence here. It doesn’t have to be ‘pit versus water.’ There can be some co-existence with the existing sites. We just need to make sure that we’re protecting and extending the life of the natural resource.”

The proposal to allow for expansion is being reviewed by state agencies. Commissioners will then hold a required public hearing.

A date for that has yet to be set.

© 2023 Save Our Drinking Water!. Created for free using WordPress and Colibri